Summer and early morning walks on the beach go hand in hand for me. As we say goodbye to summer, come with me for one last stroll along the Rhode Island coastline. We’re walking along a piece of coastline only a mile or two east of where the SeaMount series is set. Breathe deeply. There’s a tang of salt in the air. 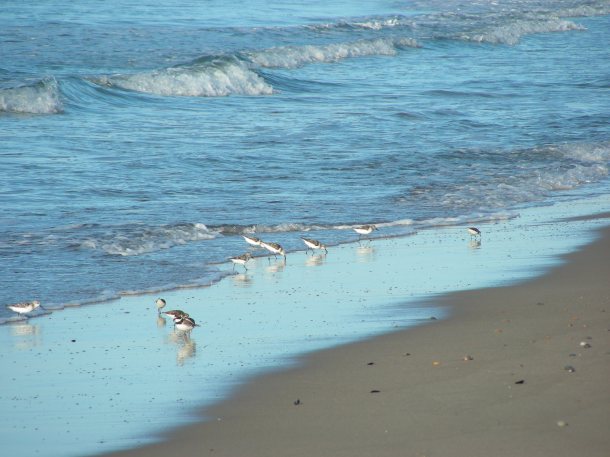 A flock of sandpipers and one piping plover. 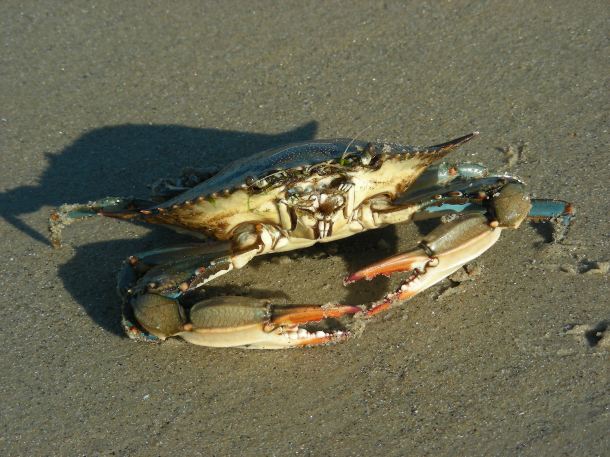 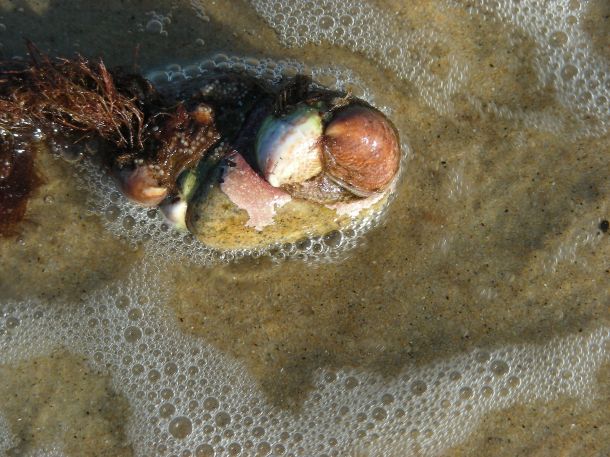 Slipper shells clinging to a stone. 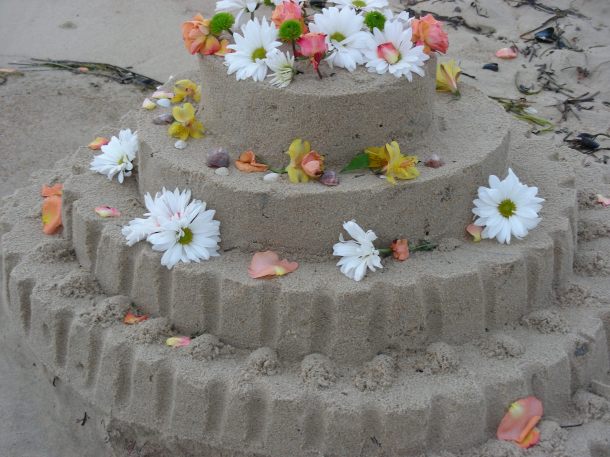 Wedding cake sand sculpture. Was there a wedding on the beach last night? 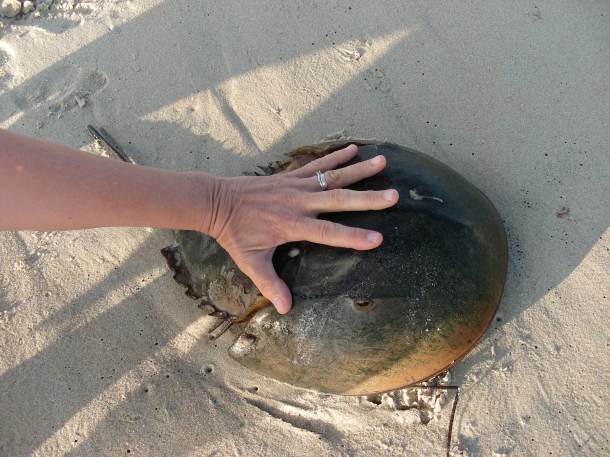 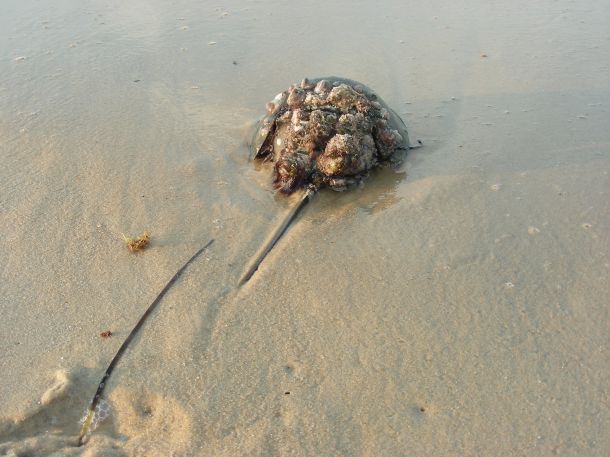 A foggy morning. A train of waves coming ashore. 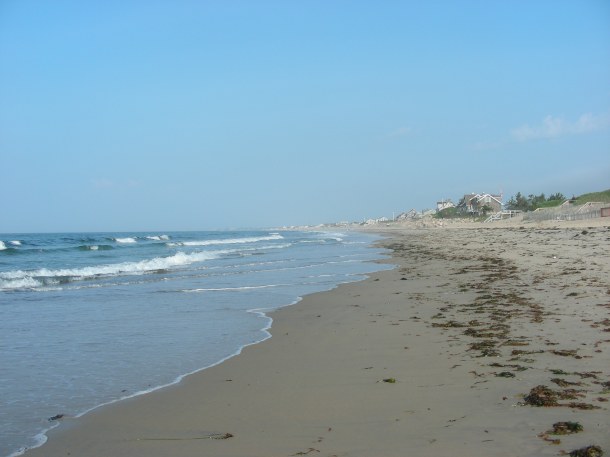 Seaweed on the beach after a storm.

‘Summer cottages’ against the morning sky. 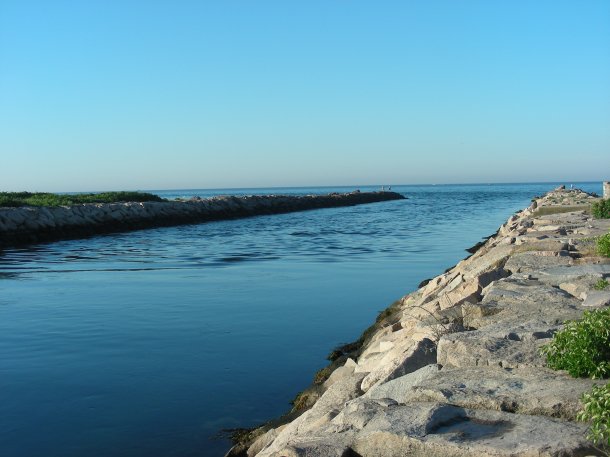 Slack tide. Where the water coming in from the ocean meets the water leaving the salt pond.

A beach rose with a visiting bumblebee.